We love autumn at Dunskey. The nights have grown noticeably longer and the weather discernibly cooler, and the estate has exploded into an arresting kaleidoscopic earth-hued colour pallette. But as well as the fiery foliage, it’s the Katsura tree, also known as the caramel tree, that really ignites our senses.

Only in autumn when the heart-shaped leaves begin to fall does the Japanese Maple Katsura tree, take over the walled garden air with its sugary fragrance of irresistible candy-floss. Originating from Japan and China, the sweet-smelling scent is a consequence of the shorter days and cooler temperatures causing chlorophyll production to slow down and restrict the flow of sugars to the leaves.

A flavour researcher from Germany, Ralf Berger, conducted a scientific research study and found that the chemical compound formed in the turning leaves was matol, a commonly used flavour enhancer in perfume and incense and found naturally in bread, warmed butter, coffee, chicory and roasted malt barley. No wonder it smells so good.

As you stroll past the golden leaves of the Katsura tree at Dunskey, you are warmly greeted with delightful whiffs of caramelized sugar and cooked fruit. Scientists don’t know exactly why the Katsura tree emits such a seductive scent, but for the one week of the year when our walled garden smells like a blossoming bakery, those of us lucky enough to smell it, are eternally grateful. 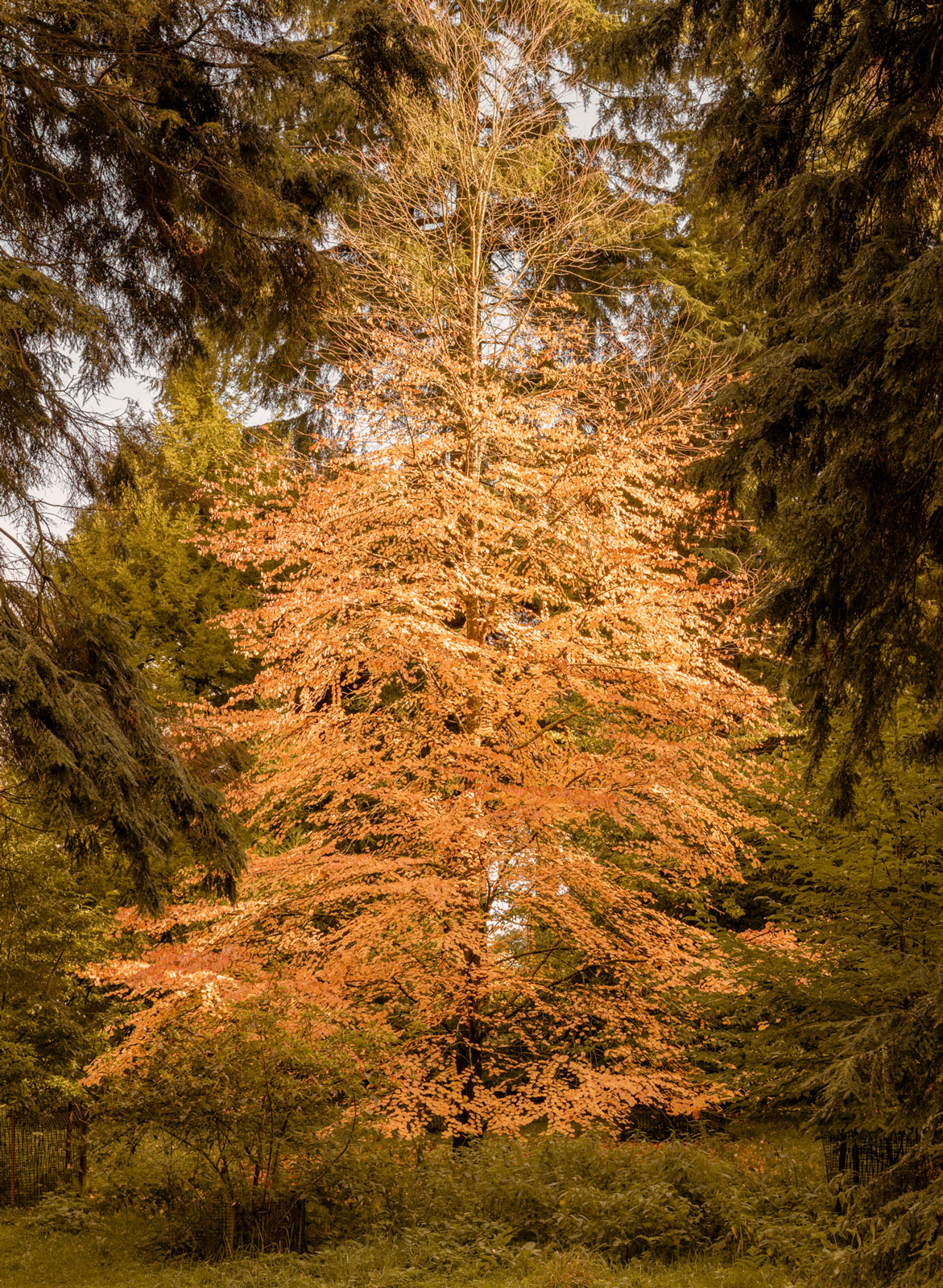