Best Photographer / Human in the UK 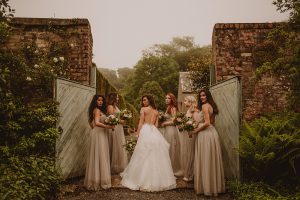 In Praise of Mark Pacura

When we first opened up Dunskey in 2016, we were idiots. That is to say, we truly had no idea what we were aiming for, or who we were trying to be. Num-nuts, as the cool kids say.

Certainly, molecular synergy was on our side, as Mark Pacura arrived and shot the very first wedding we have ever hosted at Dunskey. The photo of Stephanie and Wes on the cliffside resonated so powerfully with us that Anne immediately burst into tears. Even though the picture itself showed nothing of Dunskey, and frankly, could have been anywhere this side of Scotland, Mark captured our attention, spirit, and ultimately, our heart.

Even though we have been living at Dunskey for some time, Mark’s photos revealed its quiet splendour and infinite majesty. A portrait of the bride’s father reviewing his notes before the ceremony in front of the fire, or a murmur of birds cascading over the newlyweds on a stormy beach: Mark made us believe in the magic of Dunskey.

Quite renowned in his own right, Mark is already a sought-after photographer throughout the world. We were incredibly shy to ask him to collaborate, as in those early fangirl years, we totes believed he was out of our league. Yet in the years that followed, Mark’s generosity to us exceeded all bounds. He shared photographs, sent clients our way, and volunteered many hours to travel and shoot at Dunskey out of sheer kindness.

Our friendship truly progressed during the Covid year. We worked together on a few styled shoots as well as behind-the-scene captures for the production of Kingslayer movie. Our families got to hang out lots together, which was a giant cherry on top. We tried our best to follow all his crazy diets, and he got us hooked on a very insane vanilla marshmallow chocolate thing from Poland. Every time we see his wife Beata, we’d fall in love with her grace, kindness and beauty, and we’d tease Mark about how he got so lucky. Best of all, we got to know his daughter Hannah, who has princess golden hair, dark turquoise eyes, and a honey voice oh so sweet.

Needless to say, the lockdown months were hard at Dunskey, and there were moments where our mental health teetered on the brink. But again and again, Mark’s commitment to excellence as well as his faith in our mission, his willingness to support and assist, at all hours of the day, propelled us forward. We shudder to think how we’d survive at all without him and his family.

While we have been known to lapse into misanthropy, Mark is the constant reminder and embodiment of this quote: